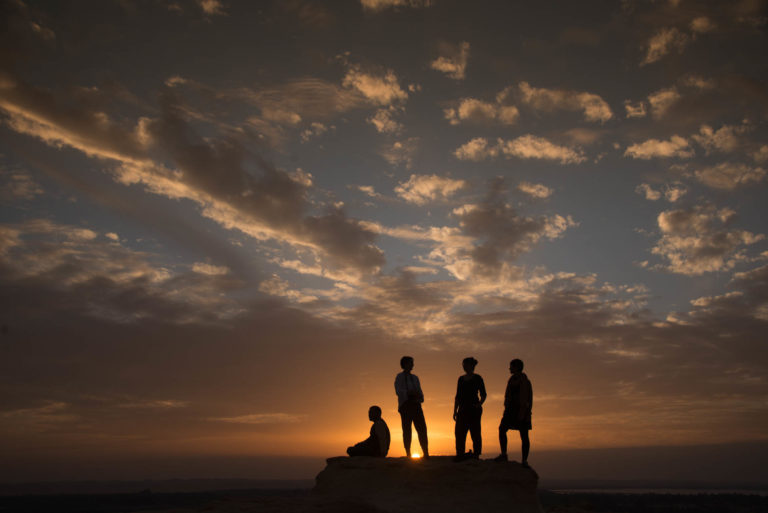 Select the month you are looking to come to Egypt on the left, to see the daily high and low temperatures and tips on what cloths are appropriate for that month.

Have a look at the video above and see what the weather in Egypt is like in Cairo and out in the desert in Siwa in the winter months. I have put this video as it shows one of the rare days it rains in the Sahara desert. You will also see what cloths people are wearing to keep cool in the day and warm at night.

Siwa has good weather from October to May being warm during the day and cool in the evenings with low humidity and some of the cleanest air on the planet. It rains about 30 seconds a year in Siwa, hence why the locals can build their houses out of mud. In the summer it is obviously very warm, it is the Sahara Desert after all but it is not as hot as most people imagine. As long as you stay out of the mid day heat the summer can be the best time to visit Siwa if you want guaranteed warm weather and you want to just pack a T shirt and swimming trunks in your travel bag.

Each season has it’s plus points, but any time in the winter or summer ( if you like it hot) is good for Siwa. The average temperatures in Siwa in the winter during the day is in the low twenties with low humidity making it perfect for site seeing, swimming and going out into the desert. Low temperatures in the middle of the night can drop below 10 degrees centigrade so bring a warm fleece with you if your planning on sleeping out under the stars around a campfire. In the summer the average temperature is around 30 to 35 degrees, July and August being in the high 30’s and if there is a heatwave you will be in 40 degrees + but due to the low humidity of around 40% in the summer if you sit out of the sun and don’t run around it can feel cooler than if you were on the beach at Marsa Matruh. What’s good is the temperature does drop at night in the summer, this is what happens in the desert and so from May onwards it will still be a cool 20 degrees at night making sleeping very comfortable. You will notice that if you are looking at the temperatures, even in the summer when it is hot, the humidity is normally low, around 40%, so if you are in the shade you will probably feel cooler than sitting in the same situation in southern Europe near the coast in 90% humidity.

I have lived all year round in Siwa and so I thought it would be good to write down my experiences of the weather in Egypt and Siwa. I hope this information has been of help in deciding where to go on your holiday in Egypt and when. To see today’s weather in Siwa, scroll to the bottom of this page. For detailed information on the weather for the month, you are looking to travel to Egypt select the relevant month above.

If you are interested in coming to Egypt and experiencing the desert, have a look at the Siwa Villa and check availability for booking the Siwa Villa. If you would like to visit Siwa with Somewhere Different, follow the links below and see which suits you best.

Alexandria is known for having great weather in the summer months hence since the time of the Pharaoh’s it has been fashionable for Caireans to have a place in Alexandria where they can spend the summer month away from the still Cairo heat.

There is always a breeze blowing in from the sea in Alexandria and the temperature does not yo-yo so much like the desert and stays at a steady 25-30 most of the time in the day dropping around 10 degrees in the night, though the humidity is high due to being next to the sea and normally around 70%. On average there are six hours a day of sunshine in the winter and 12 in the summer. The temperature varies from 18 degrees centigrade in the winter months in the day and 9 at night to 30 degrees in the summer and low twenties at night.

Cairo weather is similar to Siwa, but you feel the heat more in Cairo due to the pollution in the air if there is no wind, but it’s bearable for a day or two to see the sites and move on. In the summer the humidity is normally 60%, around 20% higher in Cairo than the desert due to the Nile and being next to the Delta so even though the temperatures are similar to Siwa you feel hotter in Cairo; saying that I travel to Cairo at different times of the year and 90% of the time the weather is great. There is normally a light breeze keeping the air… clean and the sun is normally out on most winter days.

It does rain in Cairo in the winter months, there were floods half a meter deep last year, but that is very rare but it is worth bringing a light waterproof jacket or you can buy an umbrella for next to nothing at one of the many shops in downtown Cairo if you get caught in the rain. Average temperatures for Cairo are low twenties in the winter dropping to 10 or 8 degrees at night. In the summer the temperatures are in the low 30’s July and August being the hottest months with an average of 35 degrees centigrade during the day dropping to 20 degrees at night.

Marsa Matruh has become the new Alexandria for Egyptians. Alexandria used to be the place to get away from it all, but Alexandria has a population of 5 million and a six-lane highway on the Cornish on the front. Marsa Matruh has the perfect weather in the summer for swimming and sunbathing yet due to the sea breeze and it’s the Mediterranean location it is not as hot as Sham el Sheik. Due to the new flights from London Gatwick and Manchester and Caribbean white sandy beaches, Marsa Matruh is becoming a popular new beach resort for English tourists. Have a look at the month you are thinking of travelling to Marsa Matruh above and see the temperature details for that month. The weather in the winter is great, it is normally sunny and T-shirt weather or a light fleece, though it does rain but never for long. The humidity is normally around 70%. The average temperature in Mars Martuh is 20 degrees during the day in the winter months dropping to 10 at night, but lower if the weather is bad and raining. During the summer it is 30 degrees in the day dropping to around 16 degrees at night. 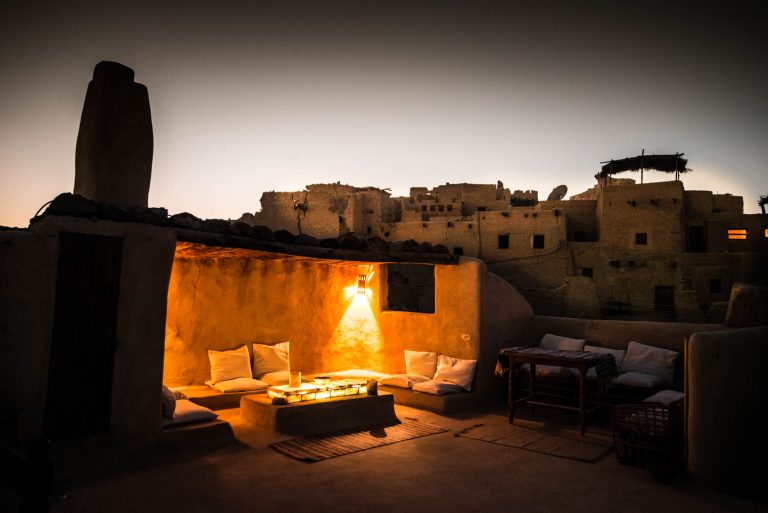